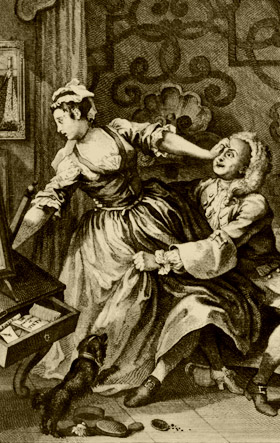 You And The Ladies; The Basics

In general, sexual harassment has been one more very lucrative scam for trial lawyers. It’s interesting to note that women have two standards; one allows them complete sexual freedom, and encourages them to be sexually aggressive, wearing outfits that used to be only appropriate to the lower classes of prostitutes. In this version of modern womanhood, liberated “women are the new men”, encouraged to be aggressive in the bedroom and in the boardroom. These women compete in the most macho sports, can often be found working out side by side with men in weight rooms, or practicing their fencing, wrestling, martial arts, or boxing skills.

But at the same time that women hone their kick boxing skills, the standards of sexual harassment in the workplace seem to harken back to the Victorian age, whereby any speech or comments that imply sexual aggression on the part of men is seem as causing major trauma to the delicate hothouse flowers that constitute the female portion of the office. A joke in bad taste, a (somehow) offensive photograph on a cubicle wall; for the Victorian women of the office these are grave crimes often resulting in million dollar law suits. When it seems to be to their advantage, women want to be just like men; but when it’s profitable, they’d rather have the same delicate standards as their Victorian ancestors. 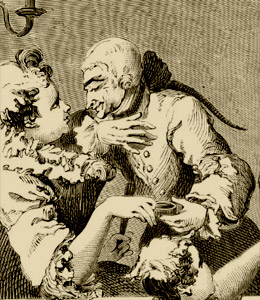 Of course, there have been many times when men have used a position of authority in the office to induce women to have sex with them. Sometimes the women have been anxious to have their way with the boss, just because power is sexually attractive, or in order to advance their own careers. But other times the man has used his power in a coercive manner to induce a woman to do something she does only to avoid losing her job. Of course, no gentleman ever abuses his authority to take advantage of someone in a position of weakness. And no woman of value would ever have sex with a man just to preserve her job. But a key tenet of gentlemanly behavior is never to be a bully; never to abuse a position of authority or trust. A manly man is never afraid of offending those in power, but always careful not to offend those over which he has power. Or, as Jefferson Davis once said: Never be haughty to the humble; never be humble to the haughty.

Laws about sexual harassment impose penalties on luckless employers who fail to protect female employees from their co-workers. But the presumption that women are so weak as to need protecting from rude male behavior was something that feminism, with its emphasis on empowerment and equal status, seemed eager to attack. It is all marvelously absurd. The zones of love and desire are now invaded by statues and committees of inquisition.