I know what it is to work hard. I grew up with nothing in the ghettos of Sao Paulo, one of the biggest, and least forgiving cities in the world. I didn’t know who my parents were, and I often went hungry. Do you know what it feels like to go to bed without having enough in your stomach? If you don’t, you’re lucky.

I fought my way out of the ghetto, crushing those who tried to take advantage of me, but always honoring my word, and never preying on the weak. I worked very hard; I took huge risks, sometimes with my life; I had some luck. To most people, I was invisible, like the millions of poor kids around the world. A few people were very kind to me; most were not. Years later, I made sure that those who had been kind were well rewarded, although they never knew the source of the gifts. Those who had been brutal to me when I was young and small also found the appropriate reward; some people say that vengeance belongs to the Lord, but I have always thought it was both a duty and a pleasure.

When I was young and very poor, I saw pictures of New York City in the movies. A businessman gave me some books to read; I learned to speak English. To me, America was the greatest country in the world. Through a combination of luck and daring – and maybe some intelligence – I made a fortune on the Sao Paulo stock exchange during the boom years. I bought when things looked dark; I sold when everyone else was optimistic. I became quite rich. But it wasn’t enough. I had the vision of America in my mind. I came to Manhattan determined to conquer and sweep everything before me.

I came to Wall Street and New York, thinking America was the land of Howard Roark. Instead, I found it was the land of Bernie Madoff. As I studied the markets I eventually came to the conclusion that investors like myself were getting… nothing… all of the profits were being ripped off by CEOs and other top management. The companies paid huge salaries and gave the CEOs outrageous perks and benefits. They paid huge corporate income taxes to support the government. If the companies were unionized they often paid very high wages for work that wasn’t very difficult. They even gave away money to politically correct charities. All of this went on even when the companies were losing money; the CEOs lived like princes, the government and the unions got their cut; they even continued to support their favorite charities as profits plunged. The only ones who never profited were the shareholders – the people who actually owned the companies. The price of our shares went down; our dividends were cut. Management paid lip service to the idea of creating shareholder value, but it never happened.

I had been a large, but passive investor. One day I read that the CEO of one of the companies in my portfolio, in which the stock had plunged in value, was paid $40 million as a severance payment – or, in my eyes, a bonus for failure. I had had enough. I could never understand why other investors put up with this, but I decided to change all that. Just as I had decided I would not starve to death in the favelas of Sao Paulo, I now decided that management was going to start acting like managers, instead of self-serving prima donnas.

When my money was stolen, I would recoup it. Thieves would be punished, justice would be done. Often a very ruthless, brutal form of justice, but justice nonetheless. Since I started down that path I have been called many things; a crusader, a pirate, a murderer, a thief, an intimidator. Others have called me an angel, a terrorist, or a lunatic. But I have never been stopped.

Be the first to receive the printed version of Favela, the graphic novel. It contains scenes, and an ending, which is different than the online version. Sign up to be notified when we're ready to ship.
SIGN UP! 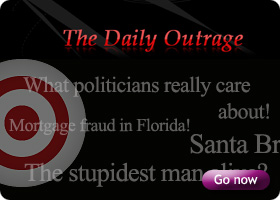