John Groom has written about a wide variety of topics for Internet sites and print publications. In describing his varied work The Boston Globe said, “John Groom understands that man’s nature is contradictory”. Playboy magazine has called his essays “entertaining”, while Netscape’s Netcenter has said that Groom’s writing “can brighten even the dullest day.” CNNfn says: “Success caught Groom by surprise, but sometimes even journalists find it satisfying to learn that nice guys can finish first.”

Groom is also the founder of TheOutrage.com, described by Web Magazine as “A brilliant use of the web”. He has also provided content for AnnuityNet.com, a leading financial services web site.

From The Author : Why I Wrote This Book

I created this philosophy to answer questions that confronted me every day. My natural instinct is to think about my choices carefully, and make decisions that seem most likely to make me happy. And it's always important to me to do the 'right' thing.

My natural instinct is to think about my choices carefully, and make decisions that seem most likely to make me happy.

I followed this common sense path -- accepting nothing, questioning everything, trying to make my own decisions. In my own life, I met with both failure and success, but regardless of my own fortunes, I was often angered and confused by the world around me. Politicians of very limited character seem to have unlimited power. Huge fortunes are made by vacuous athletes and celebrities. Mind-numbing entertainment glorifies violence, which the public greedily devours. Juries award huge sums for frivolous claims while honest work often goes unrewarded. The power of science is used for breast implants and sex-change operations. Terrorists senselessly kill thousands by flying planes into buildings. Just reading the newspaper often pushed me to the brink of despair.

I realized that I needed to develop a way to live sanely in an insane world. I spent years thinking about the most important issues in modern life, and reading what notable people around the world had to say about those issues. Then I distilled those thoughts down to a few paragraphs and three quotes on each topic ; the result is this book. You won't always agree with what I say -- in some cases I espouse radical ideas that are well outside mainstream opinion. But I think, and hope, that you will find new perspectives on issues that you face as you try to make the most of life in a world that is complex and confusing but also has the potential for unlimited achievement and joy. 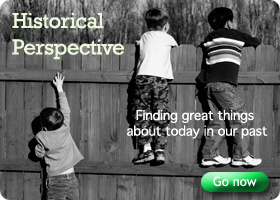