"To live in the presence of great truths and external laws, to be led by permanent ideals – that is what keeps a man patient when the world ignores him, and calm and unspoiled when the world praises him. "

Perhaps the greatest French novelist, Balzac is credited with many important innovations in novel writing. He is considered the creator of the realistic, or naturalistic, novel, in which events and characters are accurate records of a given time and place. In The Human Comedy, he developed the idea of a series of novels in which characters from one novel reappear in others. The Human Comedy, composed of about 90 novels involving almost 3,000 characters, was intended to record all the facets of life in France during Balzac’s lifetime. Most of Balzac’s important characters are, like himself, filled with passion to obtain some end, usually money and status. He was a master of the French language who blended detailed observation, sarcasm, wit and acute psychological insight.

Balzac’s early career was filled with poverty and failure, first as a playwright, then as a novelist, then as a publisher and printer. His early business failures left him with debts he would never completely escape. Despite his difficulties, Balzac was always known for his jovial, boastful, exuberant personality. He worked hard at being accepted in fashionable society, but he worked even harder on his novels, often writing 14-16 hours a day. Much of his incredible hard work was motivated by the desire to get out of debt so he could marry his longtime lover, Eveline Hanska, a Polish countess. Balzac was very ill in March of 1850, when Hanska finally agreed to marry him; he died five months later. In the end, he realized his dreams of fame, if not wealth. 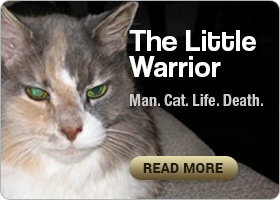