What ought one to say then as each hardship comes? I was practicing for this, I was training for this.
-Epictetus (55-135 AD) Greek Philosopher

Nobody wants to hear that you've got guys out injured. People just expect you to put a product out on the field. And that's my job, to get that product working.
- Baltimore Colts defensive coach Ron Meeks

Almost every entrepreneur and athlete has had to overcome some form of adversity, although, in our far more comfortable age, the heroic level of pain that many early entrepreneurs had to endure has certainly diminished. Charles Goodyear (1800-1860), spent most of his life in endless experiments trying, as many before him had tried, to make rubber a commercially useful material. Goodyear is described by author Harold Evans as “a Dickensian hero going nobly into a world of cynics and thieves, never straying from his own true purpose to enrich mankind.” (1957) But his heroic dedication had a very high price: “he is time and again confined to the squalor of debtor’s prison while his devoted wife and family starve and his infant children fall sick and die….but the wealth Charles Goodyear created for the world is beyond calculation.”

Edwin Drake (1819-1880), discovered the process for drilling oil, but was forced to live on a diet of potatoes and salt even after he had made many other men wealthy, and laid the foundation for the entire oil industry. Here is what Evans has to say about Drake, an uneducated former railroad conductor: “He knew nothing of oil, nothing of engineering, nothing of geology; he was barely conversant with business procedures, but he knew how to make friends and his intelligence was served by an amazing tenacity.” The modern entrepreneur, at least in the United States and other developed counties, may live with the constant stress of debt, the drudgery of constant rejection, and the sacrifice of luxury, but is very rarely forced into the kind of brutal physical poverty faced by men like Goodyear and Drake. Yet in business and athletics there are still many amazing stories of overcoming adversity, and the fundamental appeal of the struggle to succeed against overwhelming odds has not changed. Adversity takes many forms; and while modern entrepreneurs rarely starve, there are some, like the one profiled at the bottom of this page, whose battle seems every bit as inspiring as that of Goodyear and Drake.

Adversity often serves a constructive purpose in business, especially in forcing people to change lines of work to something that ultimately results in greater rewards. The great clothing designer Christian Dior was first an art gallery owner, and only began designing clothing after his gallery, along with many others, failed in the early years of the Depression. As historian Paul Johnson says, "Without this financial disaster, Dior would probably have spent his life as a middle ranking art dealer, and died unknown.” In the same vein, but more recently, Litto Gomez was working at his jewelry store in Miami when he was robbed, at gunpoint, of $400,000. The next day he put the shop up for sale, and decided to start a line of tobacco which became the very successful La Flor Dominicana line of cigars. As he told Cigar Aficionado magazine: "What seemed to be the worst moment of my life, turned out to be the best thing that ever happened to me."

Adversity comes in all different shapes, sizes, and circumstances. Those who battle back from crippling injury are perhaps most impressive. Nawang Sherpa, 33, climbed Everest with a prosthetic leg, which is amazing, but maybe not quite as amazing as Eric Weihenmeyer, the first blind climber to summit the world’s highest mountain. Weihenmeyer follows other climbers, who ring a bell to indicate where they are, and then he tries to step into their footsteps, using his acute sense of hearing to try to determine if the ice is solid. He didn’t want to be a token, “spiked like a football in the snow on the summit… some helpless person that's getting dragged up there” as he told National Geographic. He did his best to be “a real team member”, involved in the all the normal tasks of mountain climbing, including setting up tents, building snow walls, and cooking meals. He obviously could not see the view from the top, but that didn’t matter; he viewed reaching the summit of Everest as “an internal symbol of what your life is about.” And in this respect, he is no different from great entrepreneurs like Goodyear or Drake, who were driven to solve a problem and create value, not to get rich or famous.

In some cases the size of the man is inverse to the size of the accomplishment: Earl Boykins, at 5'5' and 133 pounds, is the smallest player in the world of giants known as the NBA. The little man can bench 315 pounds, has scored over 30 points in a game a number of times, and once set a record scoring 15 points in overtime. We have no record of the number of times he was told he was too small to play in the NBA, but it was probably pretty close to the number of times that Charles Goodyear was told that rubber would never amount to anything, or that Edwin Drake was told that he was wasting his time looking for oil.

In the world of sport adversity is usually transparent, and can be see in the size, handicap or circumstances of the athlete. Overcoming adversity can be just as heroic a feat in business, but isn’t usually as visible. No one knew that Chris Gardner, now a very successful financial advisor (profiled below), was sometimes forced to use a public restroom in Oakland as a place that he and his son could sleep for the night.

The Virtue of Resilience
Innovation 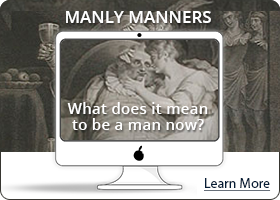 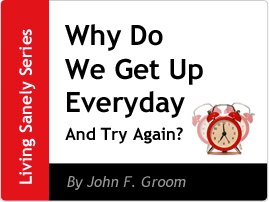