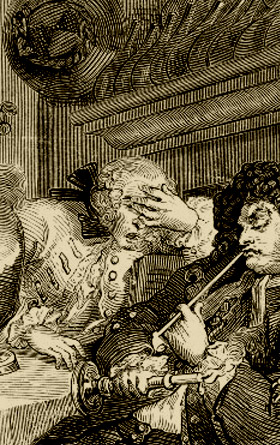 A gentleman handles defeat in which of the following ways:

A) Cursing the world, kicking the nearest dog, and drowning his sorrows with a twelve pack of Bud.

B) Shaking his fists defiantly at the heavens, sharing with God some thoughts on the injustices of the universe, vowing revenge, and savoring thoughts of slow, torturous deaths for his enemies.

C) In complete stone cold silence, plotting a return to power, and carefully calculating how quickly defeat can turn to victory.

Being good, or being a gentleman, has nothing to do with success or failure. Many good people fail; many successful people deserve to fail. “Taking it like a man” is the operative phrase here, which means that a man does not cry or complain, but accepts his fate stoically. He may curse the injustices of the universe in the privacy of his own mind, but he does not share those thoughts with others; perhaps a few words of regret to his woman, a word of sympathy from his mother, an extra moment of bonding with Fido, and that’s it. Then he licks his wounds, like the injured lion he is, and moves on, plotting his return and his revenge (See Option C). 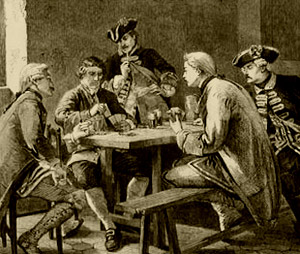 Life is not fair; moreover, if we weren’t brainwashed from an early age with stories that have the good guys always overcoming defeat and winning in the end, we would realize there is no reason to expect it to be fair. Life has never been fair, and the good guys fail as often as they win. Why is one child born with autism, or a birth defect, while another is perfectly healthy? A child doesn’t choose to be born to rich and powerful parents; cancer doesn’t choose its victims according to their respective virtue; the best liars tend to be elected to the highest offices, and the winds of chance and randomness blow fiercely through business, politics, nature, and every other facet of life.

Being a man does not depend on winning; and being a gentleman is not difficult with the wind at your back. A real man is one who, in the midst of utter defeat and humiliation, can laugh at the Gods, his fellow man, and himself. And, the next day, begin his comeback.