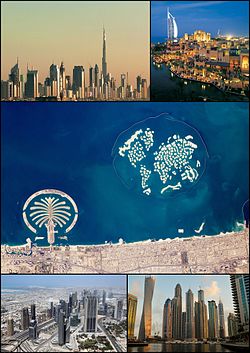 Dubai is in some ways insane; it has gone from a tiny town of 20,000 people in the 1960s to a cutting edge international city of 2.6 million today. It has the world’s tallest building, the world’s biggest mall (Which happens to include a large aquarium, a waterfall, and much more), the world’s busiest airport in terms of international passenger traffic, and a continuous epic building boom; a new skyscraper seems to go up every day.

But in some ways this city is very sane. Crime is low. There is no (visible) homelessness. It’s a productive society. People are polite. The infrastructure works.  But most importantly, it’s an incredibly diverse and tolerant society.  Yes, they censor the Internet, but not news sites. Alcohol sales are restricted, but you can legally buy a drink in many places.

It’s an Islamic society, and many women wear burkas to cover their face, while many more wear headscarves. But even more dress just as they would in New York or LA, in clinging, dresses, and no one cares. At the pool at my hotel there are women sunbathing in the skimpiest bikinis; there are also women who go swimming almost completely clothed; and again, no one bats an eye in either case.

Dubai is far from a perfect society; for one thing, most of the service people and laborers make low wages, although they do make enough to send a lot of money back home to families in their native countries. But people of dramatically different beliefs and cultures live and work here side by side in peace, and that’s a beautiful example of living sanely in an insane world.