Why go - Regarded as the hippest city in Europe right now, it’s relatively affordable, English is widely spoken, and you can still find neighborhoods without the normal tasteless traveling hordes. 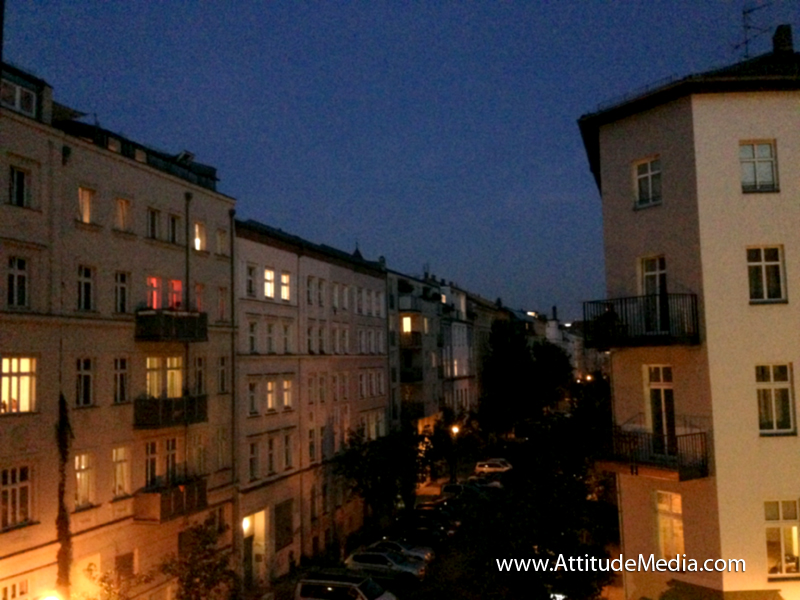 What makes for a cool city? Cool people doing creative work. Berlin right now is in the midst of a tech start up boom, like Silicon Valley, but much less corporate. Go to any coffee house and you’ll find lots of young people, men and women, huddled around their beat up Macs working on some start up idea. Unassuming places like Betahaus in Kreuzberg cater to these people.

There are also a lot of artists – often producing terrible art, but, hey, you need the artists to keep the clubs in business. As we cite below, Berlin is also full of families, and any place with kids riding bikes is kinda cool.

The kind of tourist that a city attracts is also indicative of the city, and right now Berlin, despite cries of “Berlin is over” by the hipsters, is still attracting a lot of young Americans and Europeans, but hasn’t yet been deluged with the camera toting hordes from China and Japan who are colonizing Paris and London. And the ugly American; he of the tee shirt, shorts, and baseball cap, is in Berlin, but only in the most touristy parts, which you’ll want to avoid in any event.

Berliners aren’t stylish; they tend to dress down and aren’t terribly fashionable, but there’s plenty of creativity simmering away. You’ll find a lot of people in Berlin who aren’t really trying to get rich, but are trying to create something cool. And that’s what makes a place interesting.

So, what’s different and really worth a visit? Below we’ll explore some myths and realities about Berlin now. None of the old stereotypes are true, at least not in Berlin; Germans are not fat, women are not buxom, no one seems to be drinking all that much beer, service is not slow and curt, and anything related to World War Two is just history.

Perception: Berlin is a crazy city full of wild nightlife and parties, right? That is what you hear about and that is the history of the city, going back to the Weimar Republic. It’s even part of Berlin’s self-image - the mayor has famously said that “Berlin is poor but sexy”, a quote that has really caught on with the locals.

Reality: Our guess is that the nightlife is past it’s prime as the squatters get kicked out and things settle down.  Sure, you’ll see kids heading home at 6AM on Sunday morning after a night of dancing, but the basic overall vibe is one of family and friends. Berlin seems like a great place to raise a family, and you’ll see parents with young kids all over the place: