Why go - Because you’re dropping your kid at SCAD 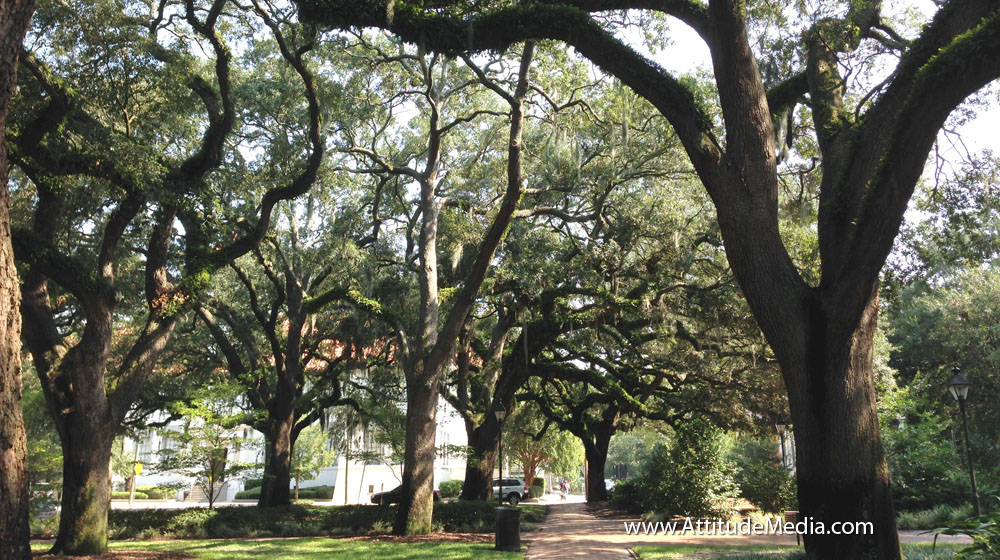 Savannah is booming, and, as in the case of Charleston, we’re left to wonder why. The answers mostly have to do with interesting architecture, SCAD, and the general boom in low country tourism.  And, at least for some period of time, the book Midnight in the Garden of Good and Evil which cast national attention on the more eccentric parts of Savannah’s culture.  To crudely summarize, Savannah is hotter (further south), less polished, less developed, and a bit less touristy than Charleston.

In order to understand Savannah and its growth, you need to understand SCAD, the Savannah College of Art and Design, which has grown in a spectacular fashion in a short period. In 1979 the school opened with 71 students; it now has over 12,000 and is responsible for much of the building and renovation now taking place in the Savannah. You can see this sort of dynamic in other places, such as NYU’s expansion in New York’s Greenwich Village, but because there is so much less competition for space in Savannah, the role of SCAD appears to be more benign, and less fraught with the sort of opposition you find to NYU in Manhattan.

Is Savannah in the LowCountry?

Savannah has also benefited from the general lowcountry tourist boom, of which Charleston is the star attraction. Originally the term “lowcountry” was used to describe the part of South Carolina below the ancient sea coast; this area is generally flat and marshy. The term “Low Country” (note caps) means north of the Savannah River, and does not include Savannah. The term “low country” is often used to describe anyplace in South Carolina or Georgia that is below sea level, and does include Savannah.  However, the term has been expanded and manipulated to promote tourism in other areas. But “lowcountry’ does still have meaning in terms of food, culture, and architectural styles.

Midnight in the Garden of Good and Evil is a book by John Berendt about an actual murder in Savannah, the resulting trials, and the cultural context in which these events occurred. It was published in 1994 and stayed on the New York Times bestseller list for 216 weeks – still the longest run of any book on that list. In 1997 it was made into a movie directed by Clint Eastwood. When Midnight was on the bestseller lists it was not unusual to see tourists walking around town with a copy of the book in hand.