First NYC then LA then Chicago?

Why go - 3rd largest American city after New York and LA with a rich history in American arts and culture and an important business city. 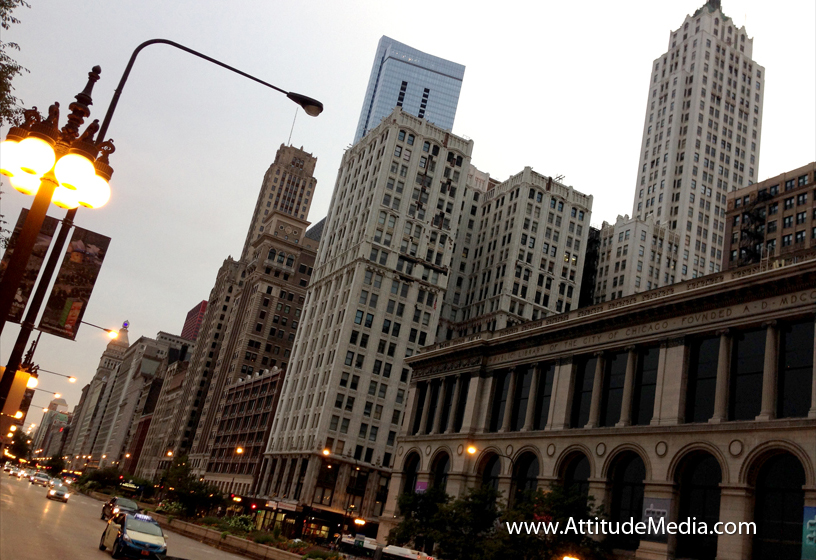 These days it’s hard to imagine living in America and never having been to New York or LA. And you should go to both these unique and important international cities. Chicago? Nice, but not critical, unless you have some social or business relationship to the city, or a strong interest in American history or art. Chicago used to be considered the cleaner, more all American alternative to New York, but, what with New York having cleaned up and gentrified, I’m not sure that is true anymore.

The winter is very cold, and wind and rainstorms are a year round factor – hence the nickname the windy city. And despite how often it rains, a simple rainstorm can easily result in a 2 hour delay in your flight to or from O’Hare, and it can easily take an hour to get from the airport to downtown. And a single relatively minor act of arson at the airport recently resulted in days of delays and thousands of cancellations. If you bring your own car you can expect to pay $56-58 a night just for parking. So there are some logistical challenges with Chicago, but, as is the case of just about any large city in any developed country, there is plenty to do and see that is worthwhile if you make some effort.

You’ve probably heard of Magnificent Mile, which is a stretch of Michigan Avenue running from the Chicago River to Oak Street on the North Side. But it’ just not magnificent; in fact it’s the same old luxury and mid-range stores you’ll see in any major American city and, in fact, just about anywhere around the world these days. If you’re going to walk and get jostled with the crowds, you might as well see the same stores, and a few nicer ones, on 5th Avenue in NYC. But if you’re in Chicago and feel like some shopping, go to Oak street, one block off of Mag mile, which has the usual very big names like Hermes, Tom Ford, and some spillover for Marc Jacobs, as well as a few more unique stores.

And if you want to continue your posh stroll, go to the area around Bellevue and Rush, where there are a number of nice white tablecloth restaurants with outside seating and a mini park where you can get gelato and watch the well-heeled, both literally and figuratively, walk by. Just take Wabash instead of Michigan and you’ll by-pass the usual crowds and have a more interesting walk. There’s a Thompson hotel in this area as well.

If you walk along the Chicago River, or just look down on it from your hotel room, it’s fun to count the number of different forms of transportation on and around it. You’ll see people on the adjacent streets and bridges walking, jogging and on Segway’s, as well as cars, buses, and the occasional horse drawn carriage. You’ll see elevated trains, part of the famous “L” system. But the real action is on the river, where kayaks mix with yachts and huge tourist boats, as well as the occasional jet ski. Look to the sky for a helicopter or a jet – and sometimes all these modes of transport can be seen at the same time, providing a sense of energy and movement. For some reason we haven’t seen too many bikers or motorcyclists in this area, perhaps showing that the natives have some sense – Chicago drivers are aggressive.