Why go - With beautiful beaches and daring adventures, Belize is the place to get away from it all.

Why not go - You can get a satisfying meal in Belize, but Guide Michelin will not need to come to Belize anytime soon. 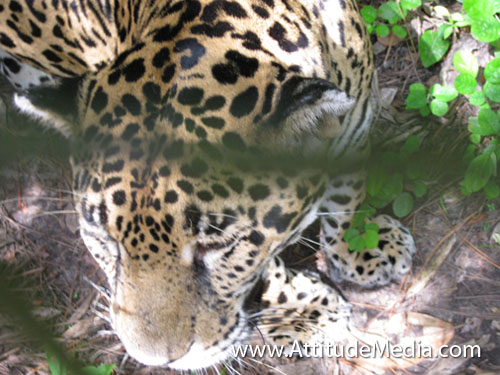 Belize is a tiny county south of Mexico and east of Guatemala. It has a population of only about 320,000, although something like 500,000 people born in Belize are now living in the US. It's the only country in Central America with English as the official language, thanks to having been British Honduras until finally obtaining independence in 1981. It's renowned for having the biggest barrier reef outside the Great Barrier Reef in Australia, and also for the huge portion of the country set aside as nature reserves. Most tourists come to dive, snorkel, or see wildlife.

The first couple days the weather was lousy, as the tail end of hurricane season left a lot of rain. But after that it was okay; not as hot and humid as I feared.

Belize City - I've seen a lot of third world urban poverty (Brazil, Indonesia, Mexico, Thailand, etc), and it all pretty much looks the same. No signs that it's getting any better here. Smoked a Cuban cigar, had a few of the (very good) local beers, and called it a night. Same problems as all third world countries; huge un- and under-employment; a lot of men standing around doing nothing.

Water taxi to San Pedro, on Ambergris Caye, the most developed of the islands, and the main tourist hub. (For popular culture fans, the island is the subject of Madonna's hit La Isla Bonita. It was also the site of the reality show Temptation Island.) Most of the readers of this note would describe this island as "very rough" or, if you like that sort of thing, "funky".

My resort, which is very nice, is right in the middle of town, so not isolated from the locals at all. (Unlike, say, the huge resorts in the Dominican Republic and many other Caribbean islands.) I'm in a large condo (The Phoenix in Ambergris Caye) about 20 yards, literally from the Caribbean Sea (and yes, it's only my ego that needs this much space.) High ceilings, lots of beautiful locally carved wood furnishings, and a lot of local art work give it a very warm feel. It also has a large balcony overlooking the sea. In classic international fashion, the architect was born in Argentina and is now based in Boston. The views are, like, y'know, the postcard.

San Pedro is not a sexy place, like, say Rio; no real beaches, although everything is oriented towards the water. The best swimming close to shore is by just diving in from the boat docks. Almost all traffic, for both local and tourists, is golf carts, and bikes. The golf carts can get a little backed up on the narrow roads. They love their dogs here; everyone seems to have one, and a lot seem to just be roaming wild, around the narrow streets and little beaches.