Why go - Capital of the free world, museums, that sort of thing

Why not go - The locals: lawyers, bureaucrats, politicians 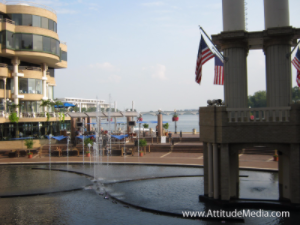 I grew up in the Washington area and have lived there most of my life. Those with a critical bent might say it is the place where ugly people go to siphon off money from the rest of the country, and I would not argue with that assessment. Washington is not where the beautiful or the creative go. Despite being about politics, it’s not a place for passionate committed people. In reality, Washington is about the business of politics, not ideology. On a day to day basis, the vast majority of people working in Washington are concerned with getting re-elected, getting the right type of regulation passed for their industry, getting their clients seen in a favorable light, and generally milking the system to enrich themselves and their clients, in that order. There is an army of lawyers, thousands upon thousands of mid-level bureaucrats, a zillion lobbyists, and about 1,000 people with real power: senators, congressman, agency heads, supreme court justices, their top advisors. The overwhelming concern of these people is not advancing any political agenda but advancing their careers. The most visible lobbying firms are politically neutral, hiring equal numbers of Democrats and Republicans so that they can be effective regardless of which party is in power.  Having said that, the city itself and the closer in suburbs, especially in Maryland, vote overwhelming democratic; if you live off the government machinery, government can never be too big.

The Washington area is really the tale of 3 areas. The district itself was not too long ago under the thumb of long time ruler Marion Barry, run much like a third world country, with predictable results, including out migration to the suburbs. It is now better managed, and more people in the area are joining the nationwide trend of returning to the cities. There are a number of very large and interesting redevelopment projects now taking place in the city itself.

The nearby Maryland suburbs like Montgomery, Howard, and Bethesda have always been more liberal than those on the Virginia side of the river, both politically and culturally. Northern Virginia is the most economically vibrant of the Washington areas; Virginia consistently ranks as one of the top business climates in the nation, and has always tended to be more politically conservative than the rest of DC, although the closer in suburbs like Arlington and Alexandria consistently vote democratic.