Why not go - The inferno known as summer 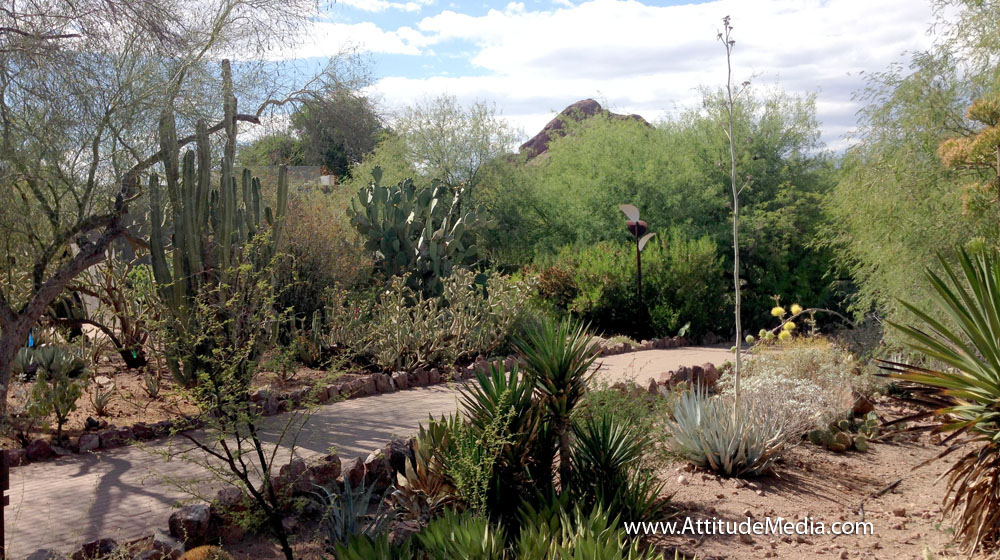 Despite having spent years living in Phoenix, the following does not describe the city, but only the small piece we really know, best described as white and rich. Phoenix is a large city, with many seedy areas populated mainly by Hispanics and those on the lower end of the income ladder. There are also sprawling suburbs for the mainly white middle class. We would describe those areas for you, but:

1) We know nothing about them, only occasionally and reluctantly driving through on our way to somewhere else

2) As far as we can tell, there’s no reason to visit them

While we only know rich, white Phoenix, we can tell you something that applies to the whole city. And it’s simple; don’t go from June through September, when it is hot as Hell, quite literally. Some will tell you that the humidity is low, which is true, but 110 or 115 is still burning up. Although we’ve spent a huge amount of time in Phoenix, we still don’t really understand how or why people move here as a year round residents. Sure, the snowbirds come from January through March, and a winter home makes a lot of sense if you’re living that kind of lifestyle, and if you go to the areas we describe you’ll see lots of cool houses, many of which are owned by these seasonal residents. But just because the summer is really hot does not mean that the rest of the year the weather is perfect – this is not San Diego. In fact, it can stay hot all the way through October; November and December can be overcast and generally iffy. It can start getting really hot again as early as May. From a year round point of view, maybe 1 in every 3 days is really nice weather; clear and sunny, but not too hot. 1 in 3 is way too hot, and the rest are a bit warm, overcast and dreary, or just not ideal.

So why has Phoenix experienced such a population explosion over the last few decades? To some degree it has been companies escaping California’s high cost of doing business, and employees following, lured in large part by cheap new tract housing on the fringes of the city. Others don’t really mind the heat, or so they say. Immigrants were attracted by the proximity to Mexico and Central America and the jobs in the construction and service industries. Local leaders created a business friendly environment. The huge expanses of undeveloped land and a development friendly infrastructure helped keep tract housing very cheap, especially as compared to the California coast. People might get a taste of Phoenix because they visited one of the local resorts during the winter, and that would entice them to move here. Or retirees got tired of shoveling snow in the Northeast and jumped from the freezer to the frying pan. The growth in turn led to more growth, as real estate development became the leading industry until it all fell apart in the Great Recession, which hit Phoenix hard.

Of course, the desert has its own brand of charm. My mother’s suburban home has a big saguaro cactus in which owls will nest, bunnies in abundance, and occasional visits by coyotes and javelina pigs.

The poor people who come to Phoenix for the call center jobs can’t afford to leave town, but everyone else will escape as often as possible during the long summer to higher elevations in Arizona, such as Flagstaff, which is just two hours away but dramatically cooler. Or they head to California, specifically San Diego and Santa Monica, or further off, to Montana or even across the country to Connecticut. But for some strange reason private schools start in early August, so even those with money are forced to slog through a couple months of grueling heat if they have school age kids.

Phoenix is best understood as the opposite of New York. It is really one huge suburb, with a small downtown area. The closer in suburbs: Arcadia, Scottsdale, Paradise Valley and such are nice, but dull. No one walks; everyone drives. In fact, they drive the same car; a black or white Range Rover. Not only are they driving the same car, but the women driving all those cars may be the very same woman, or just a clone. She is thin, has artificially enhanced breasts, a blond bob, and is wearing Lululemon on her way to Pilates class. She has 2 children who both attend private school. Her husband works in real estate development, finance or corporate technology, and is an avid golfer. They entertain quite a bit, watch a lot of sports on TV, and have a second home in Flagstaff. They have 2 latino cleaning ladies, a latino gardener, and a latino nanny. They know 4 words in Spanish, but rarely use them. They vote republican and regularly attend the same society fund raising dinners. The men wear shorts and polo shirts on the weekends, slacks and polo shirts during the week. The women read chick lit; the men don’t read, although I believe that, generally, they can. They talk a lot about sports, occasionally about politics but only to bash the government and, once, I believe in late 1974, someone had a philosophical conversation.

There is an “Old town” area, though it is old only compared to the brand new housing developments which sprout in the desert. However, the old town area does have a lot of galleries with interesting art, reasonably accessible, and gallery owners who actually seem interested in potential customers – again, think the opposite of New York. Best of all, you don’t need to run your own private equity firm to afford some of this art. The art galleries are less vibrant since the housing market collapsed in 2008, and even with the recent bounce in real estate values new homes are not being built like they once were, so the galleries are not on the verge of a great comeback. There is also an art expo every January through March, coinciding with the visits of the snowbirds, which is worth attending, though it is a bit in the sticks.

This being Phoenix, the areas worth visiting are bounded by two large shopping malls, both on Camelback, the main drag. On one side is Biltmore Fashion Square, a huge conventional enclosed mall with the usual mix of stores, but slanted to the upscale, as befits the hood, a movie theater, and restaurants. In the opposite direction you’ll find Biltmore Fashion Park, which is smaller, not enclosed, and thus a bit more interesting. Generally speaking, shopping follows the iron rule of malls, of which Phoenix is a fine example. The rule is that the more interesting and creatively done a shopping area is, the less likely it is that people will shop there. Phoenix is, generally speaking, an area where creativity goes to die, which is why Fashion Square is, far and away, the most successful of the malls, and why really creatively developed shopping areas like X and El Pedregal have failed.

The zoo is nice and designed to be as open for the animals as possible. I don’t think the locals appreciate this zoo as much as they should.

The Phoenix Museum of Art is medium sized, okay, and probably worth a visit depending on what the current exhibitions are. The annual flower show here is a highlight, and shows that floral arrangements can be every bit as artistic as other mediums. The small Heard Museum is very near the Phoenix art museum and is worthwhile only if you have a particular interest in Indian art.