Why go - All inclusive resorts at beautiful beaches 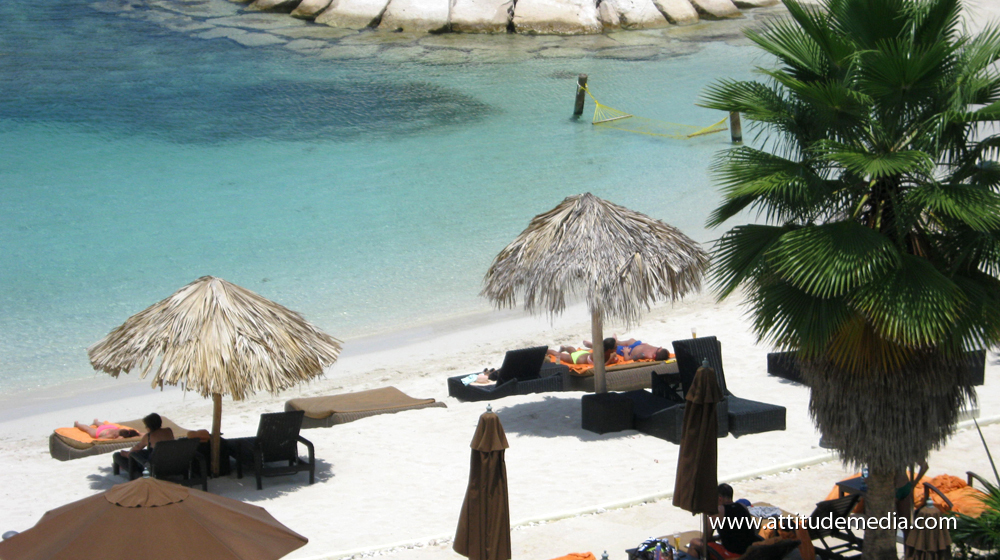 Before you go: If you’re going off the tourist grid and or planning to eat or live adventurously, you should get vaccinated, at least a week in advance, for Hepatitis A, B, and typhoid fever.  If you’re going straight to a walled tourist compound, don’t bother.  These vaccinations are expensive, as much as $400 total. But dying or getting sick is also not cost effective.

Beware phone expenses; check what your plan covers.  International calls, or calls within Jamaica, can be ridiculously expensive, as much as $2.50 a minute, plus you get lousy reception. Turn off the data roaming feature on your phone, or you will incur huge data roaming fees. If you use Skype, make sure you use it with Wi-Fi, not data roaming, or you’ll incur big charges for the latter. If you’re just going on vacation, use the Internet for communications and avoid your phone. If you’re going to be in Jamaica a while and communicating with the locals, then your first stop should be at one of the many Digicel outlets to put a chip in your phone and get a local phone number.  Locals are very big on the WhatsApp phone app to keep in touch.

Why does an American, or anyone from a first world country, pay a lot of money, and go to a lot of trouble, to travel to a 3rd world country? What do we hope to find? Adventure? Or just a different brand of the same things we could really find in our own country?

Jamaica is just an hour flight from Miami, but it’s an entirely different world. And generally speaking, not in a good way.  If you go to the capitol, business center, and biggest city, Kingston – and most tourists don’t – you’ll hear even from the locals that it’s not a safe place.  “Be Careful” is the watchword, even for Jamaicans, as Kingston has one of the world’s highest murder rates, thanks to gang related drug violence and routine but violent robbery, practiced mainly against other residents of Kingston. In reality, Kingston, like most other places, has safe and unsafe areas, depending on the time of day. Like anywhere else, you want to walk like you know where you’re going, especially if you don’t, and don’t slow down for people that approach you on the streets – if you need to respond, do so in a positive, cheery manner, but without slowing down.

But, you say, you don’t care; you’re headed to one of Jamaica’s beautiful beaches, and you’re going to  bypass the entire Kingston area by flying into the tourist oriented airport at Montego Bay rather than Kingston’s airport. And there certainly are plenty of resorts with beautiful beaches in the Montego Bay area, or, not too far away, in Negril. Many of these are all inclusive resorts, where you can eat and drink as much as you want for one fixed price. But the really nice ones, say Secrets at Orchid Bay or Cyobarra, tend to be quite pricey, at least for foreigners, as locals may sometimes qualify for steeply discounted local rates.  And of course you’ll get nothing of local culture, because the only Jamaicans you’ll ever encounter will be resort employees; the resorts are almost always walled compounds, designed to keep most locals out and guests in – partly for their own safety. But why would you ever want to leave, when all of your needs – food, drink, nice beaches, some light entertainment, are met within the compound?

Of course, for many Americans, and other first worlders we suppose, the idea of being able to get a drink while standing in the pool or the ocean is nirvana.  Of course, there are all inclusive resorts throughout the Caribbean, with many in the Dominican Republic for instance, as well as in other parts of the world.  Jamaica is easier than many other places though, as English is spoken, the dollar is accepted as a currency with most tourist goods quoted in dollars, and there are direct flights from Miami, New York, and elsewhere.

Although Jamaicans speak Patois – a mix of English and Creole – to each other, you will always be able to communicate with a Jamaican, even if you stray far from the tourist path, and this is certainly not true of many other island destinations.  It’s even kinda fun talking to the locals in Jamaica, as they really do say “Yeah Mon” for any number of reasons, and patois is easy to pick up if you’re in the tiny percentage of travelers who make the effort. (“No mon, me good” is all you have to say to ward off the local vendors.) Note that Jamaicans tend to be direct and literal; if they say “fat”, they often mean simply “big”.  If you’re called “white man” it simply means they’re identifying you by your skin color, nothing more. You can either say “No thank you, I don’t need a cab at this time” or simply, in patois, “No cab”.