Why go - No other city in the world like it; thank God! 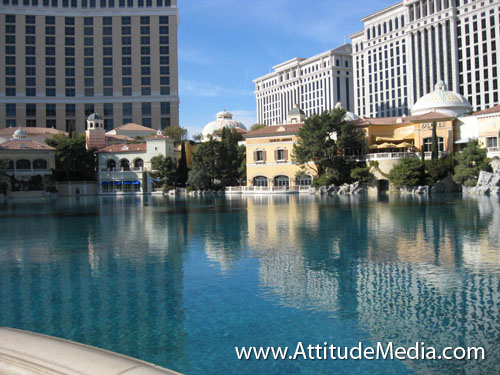 Animals, creativity, and visual stimulation - makes you think of... what?

Sleaze, crass commercialism, and vulgarity - makes you think of... what?

When I told friends and family I was headed to Las Vegas for a vacation the universal reaction was: why? They all thought I would hate Vegas. I don't gamble - at least not in the "gaming" sort of way - and I'm a frequent critic of the things one normally associates with Vegas: the hordes of low rent tourists jamming the Strip in search of their next cheap thrill; the Moveable Famine that is the endless casinos and shops of Las Vegas Boulevard.

Vegas specializes in lack of context: the idea of having the New York hotel directly across the street from the Monte Carlo hotel, just down the street from an Italian Lake; of having wild animal exhibits amongst an incredible sea of concrete; of high rollers in Rolls-Royces cheek and jowl with the great unwashed; painted blue skies on ceilings, dark casinos in the middle of the day: the idea that context is irrelevant; place and time don't matter, all contribute to the sense of unreality and rootlessness that define Vegas.

There's certainly plenty to object to. No matter how nice the casino or hotel building, it will be stuffed with tourists auditioning for an Ugly American ad; even if they're from Asia or Europe. Badly dressed, fat, often smoking - this could be as bad as it gets. Except that it always seems to get worse.