The Purpose Of Life

The purpose of life is to create value.

Creating value may take many forms. In business, you may produce goods and services that satisfy the needs of others. You can create value by creating art that satisfies only yourself. You can create value by being a good parent, helping the elderly, or by working in a non-profit organization. Many different types of productive work involve progress toward a goal, and, ultimately, the satisfaction of achieving a goal. (Although the progress is usually more rewarding than the satisfaction.)

One may create value as the president of a large corporation, as a small craftsman, working with the needy, helping family members, or in an almost infinite variety of other ways. But simply intending to create value is not enough; results matter:

• The president of a large corporation who increases profitability, while also respecting the need for honesty and candor in dealing with customers, employees, and shareholders, is adding value. The person in the same position who loses money, or who engages in unethical behavior, is destructive.

• Charitable activity may create value by encouraging self-sufficiency, or it may be a hindrance to those one seeks to help.

A good parent creates value by helping his or her child become a productive, happy person. A bad parent teaches their child destructive values.

Concentrate your time and energy on those actions, plans, and goals that will create the most value. 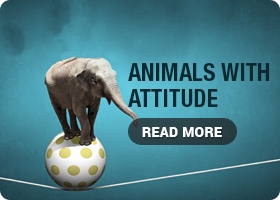