As a general rule, gentleman don’t inquire as to the sexuality of others, nor do they advertise their own. We admit to a weakness for the ladies, but understand that the desires of the flesh extend in different directions for different people, a subject in which ignorance truly is bliss. In our world, other men serve a number of minor functions – knowledgeable sports fans, supporters of the markets for cigars and brandy, competitors for the affections of the fairer sex – that sort of thing. 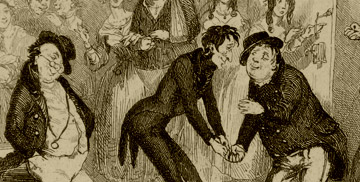 As for gays, we would not have objected if they had remained in a designer closet; since we don’t advertise our own sexuality, we really aren’t interested in hearing about the sexual proclivities of others. But we’re not under any illusions that the preference of men for men is a recent development; since Michelangelo and Leonardo, and probably since the beginning of time, some men have preferred the, uhh, company of other men. And, for whatever reason, many very talented men, especially in the arts and other creative professions, have been disproportionately gay. This inclination is probably rooted in some combination of nature and nurture. In any event, our general principle is that what consenting adults do in the privacy of their own bedrooms – or kitchens or dark, damp basements for that matter – is their own business. And that doesn’t just apply to those with “alternative lifestyles” – we don’t really want to know the details of our straight friend’s trysts either. Because when you come right down it, “Don’t ask, don’t tell” is really pretty good advice, regardless of sexual inclination.